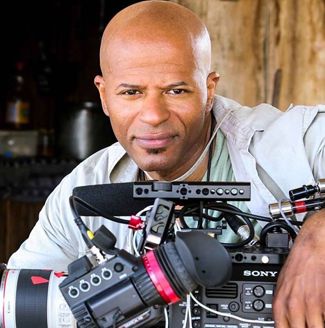 Keith Walker started his illustrious career at MPG straight out of Columbia College in 1987.

Over the years Keith has shot hundreds of broadcast segments for shows like “60 Minutes,” “Oprah’s Next Chapter,” “Dateline,” and “HBO Real Sports,” as well as numerous award-winning documentaries for PBS, NBC and CBS. He has also shot many corporate marketing and educational projects for clients like the Chicago Symphony Orchestra, the Gates Foundation, Lurie Children’s Hospital of Chicago and Starbucks.

The documentaries he’s shot include: “Maya Angelou: And Still I Rise” (Sundance premiere and PBS broadcast), “Mavis!” (The Mavis Staples story, HBO), “No Crossover: The Trial of Allen Iverson” by Steve James (ESPN 30 for 30 series), “A Good Man” and “Forgiving Dr. Mengele” by Bob Hercules and “Catching Hell” by Alex Gibney.

In those rare moments away from filming moving images, Keith enjoys his first love of still photography and hanging with his better half, Delores (aka ‘Button’).